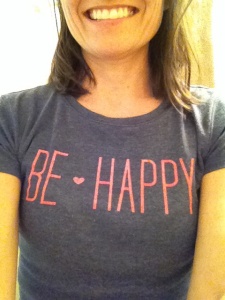 Maybe the universe was trying to tell me something. The T-shirt has a point.

noun free·dom \ˈfrē-dəm\
1:  the quality or state of being free: as
a :  the absence of necessity, coercion, or constraint in choice or action
b  :  liberation from slavery or restraint or from the power of another :  independence
c  :  the quality or state of being exempt or released usually from something onerous <freedom from care>
d  :  ease, facility <spoke the language with freedom>

e  :  the quality of being frank, open, or outspoken <answered with freedom>

g  :  boldness of conception or execution

h  :  unrestricted use <gave him the freedom of their home>

View all posts by S. Byrd